‘Mummers plays’ are traditional folk plays, often performed by amateurs in rural locations. Three new mummers plays (Rewind, The Antidote & The Line) were created as part of The Pomology Project that focused on aspects of UK society that are common to us all. Performed at Simmerdown Festival 2019, these satirical skits take in sound system culture, a ‘strong and stable’ MC-ing Teresa May, endless queues for housing reform and an NHS that is seeking the ultimate antidote.

Performed at Simmerdown Festival & also filmed at the University of Birmingham (Rewind, The Senate Chamber; The Line, Winterbourne House – the home of housing reformer John Nettlefold; The Antidote, QE Hospital).

Please click here for scripts of the three plays. 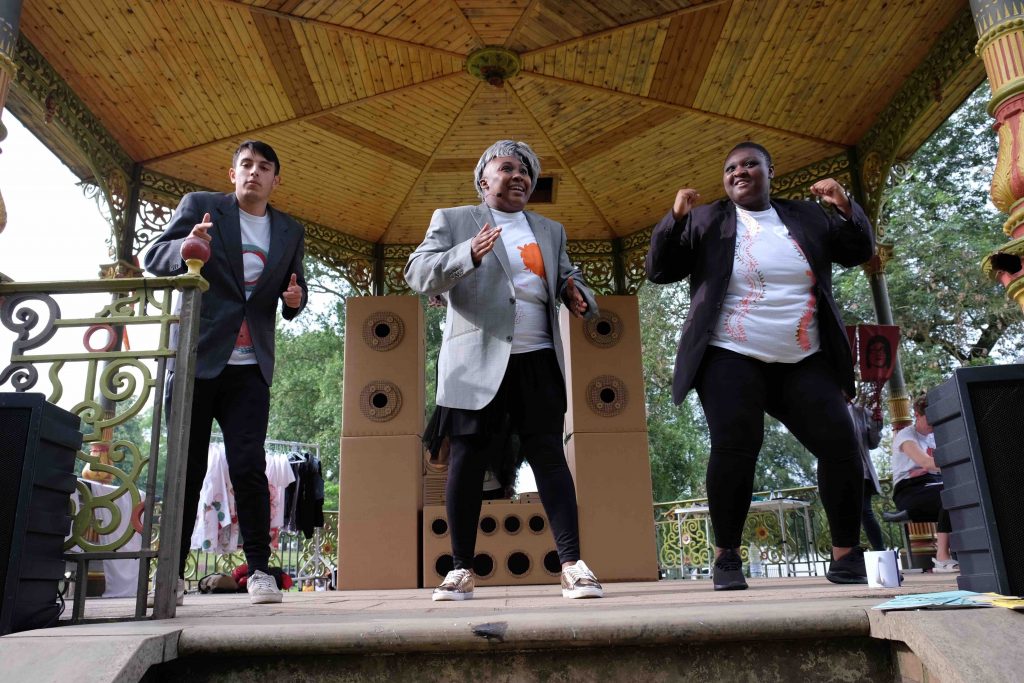 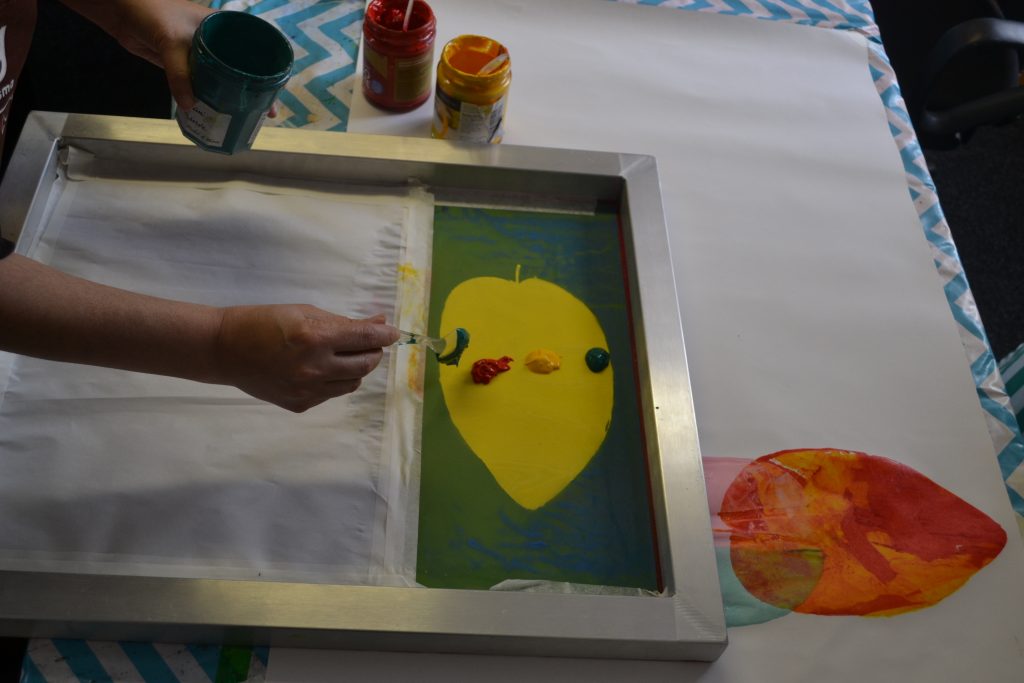 Screenprinting costumes with the Ashiana Centre. 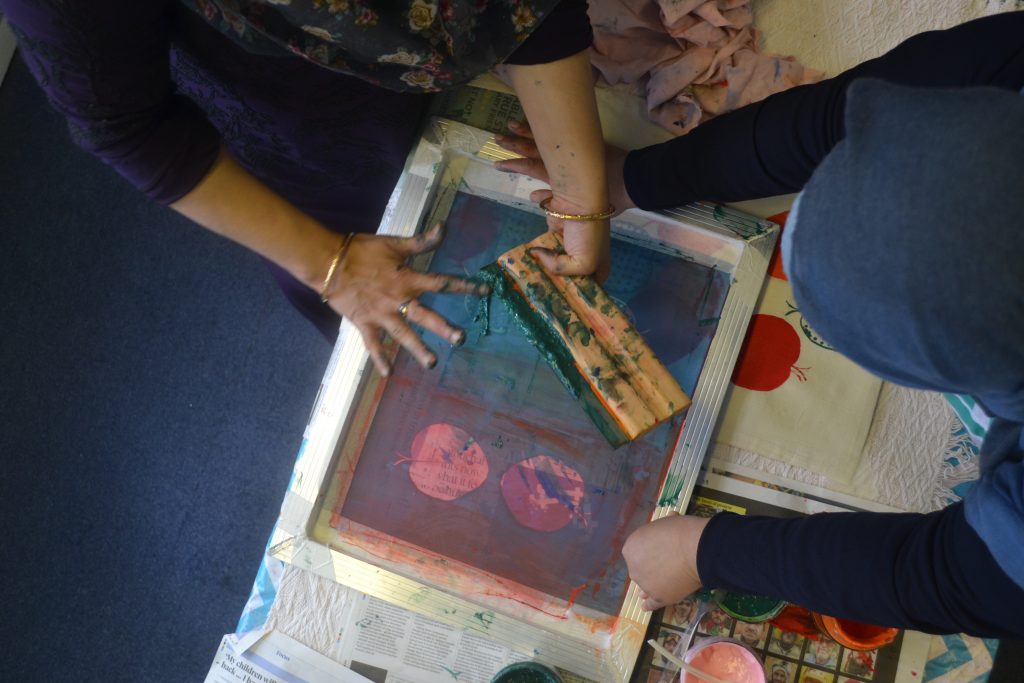 Screenprinting bags and costumes with BWA. 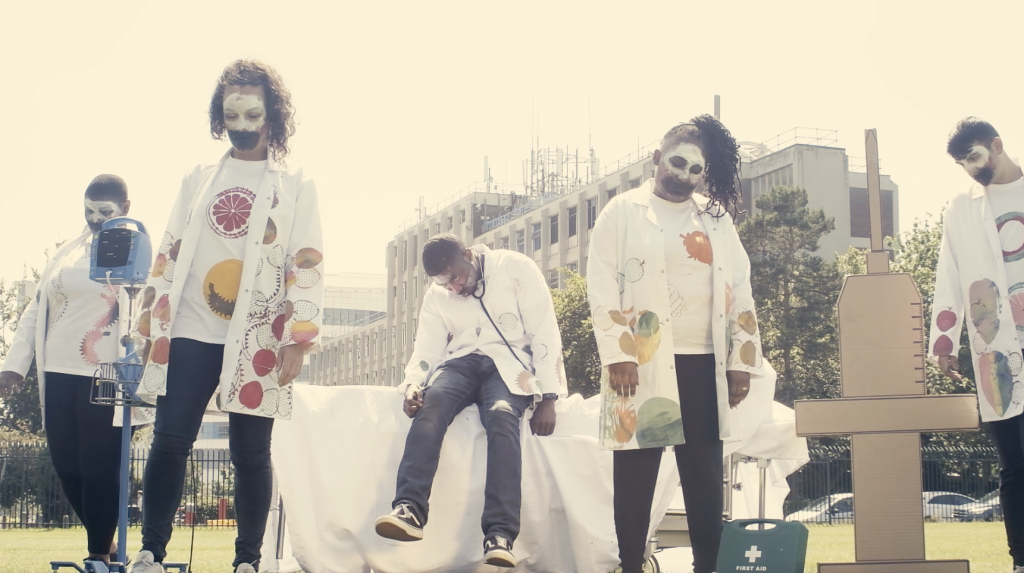 Film still from ‘The Antidote’ filmed outside the QE hospital Birmingham. 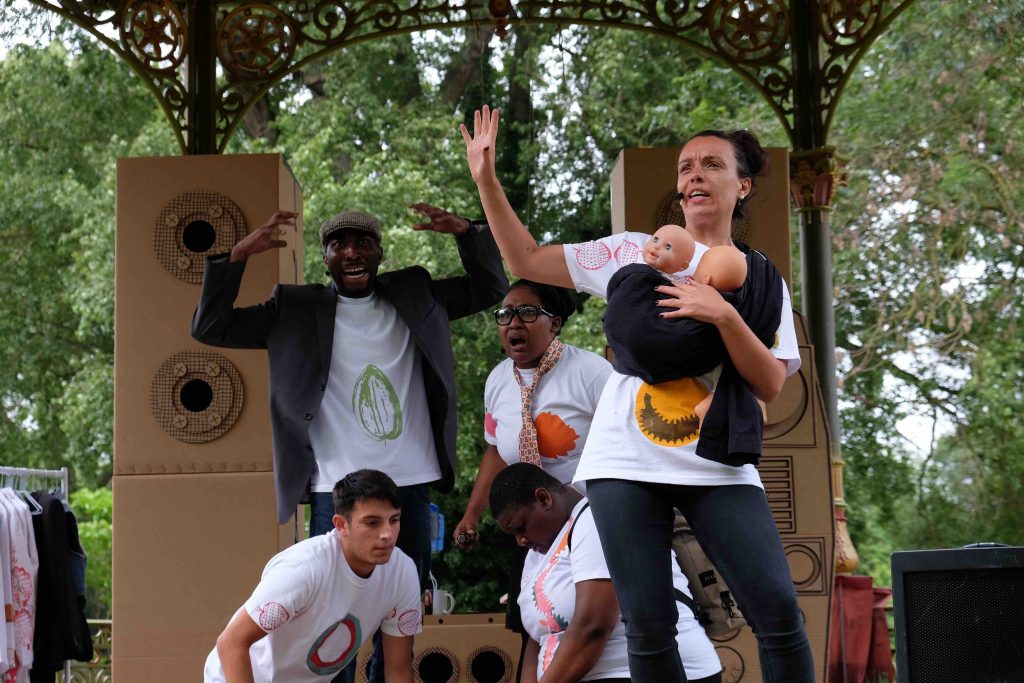 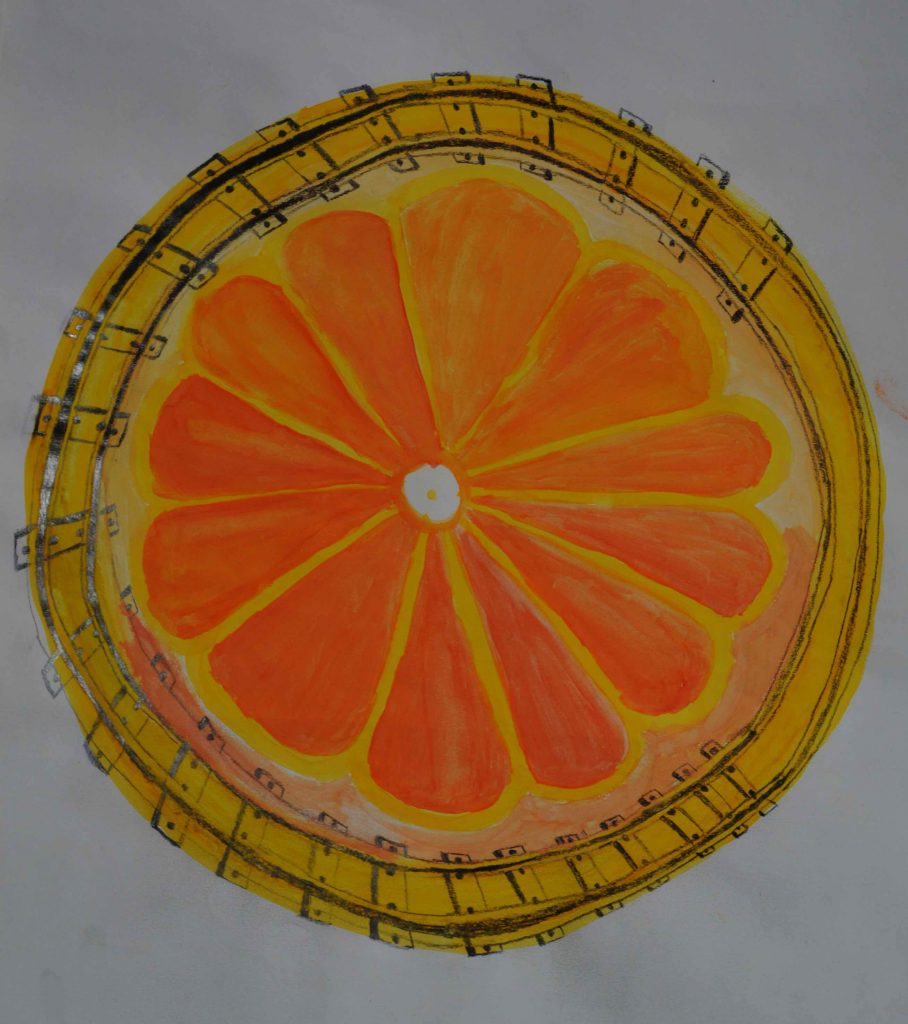 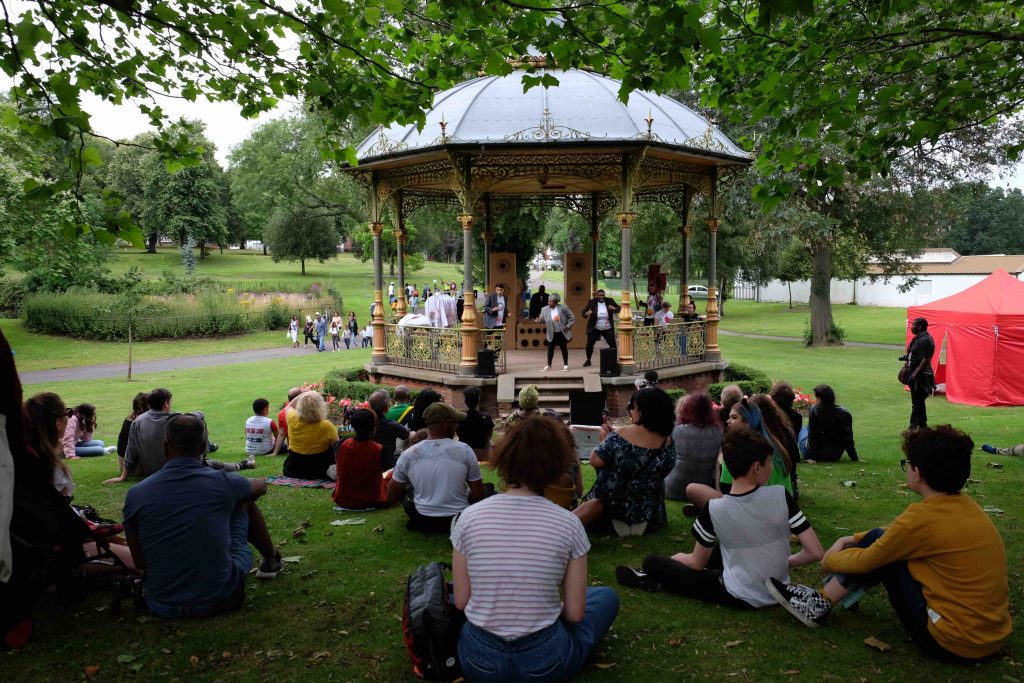 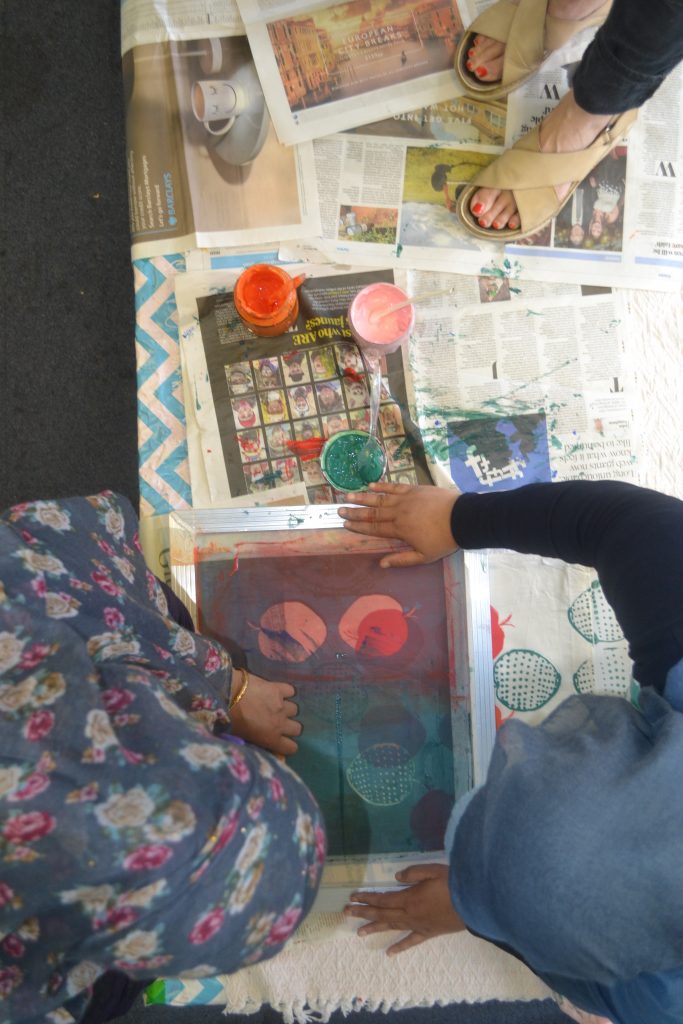 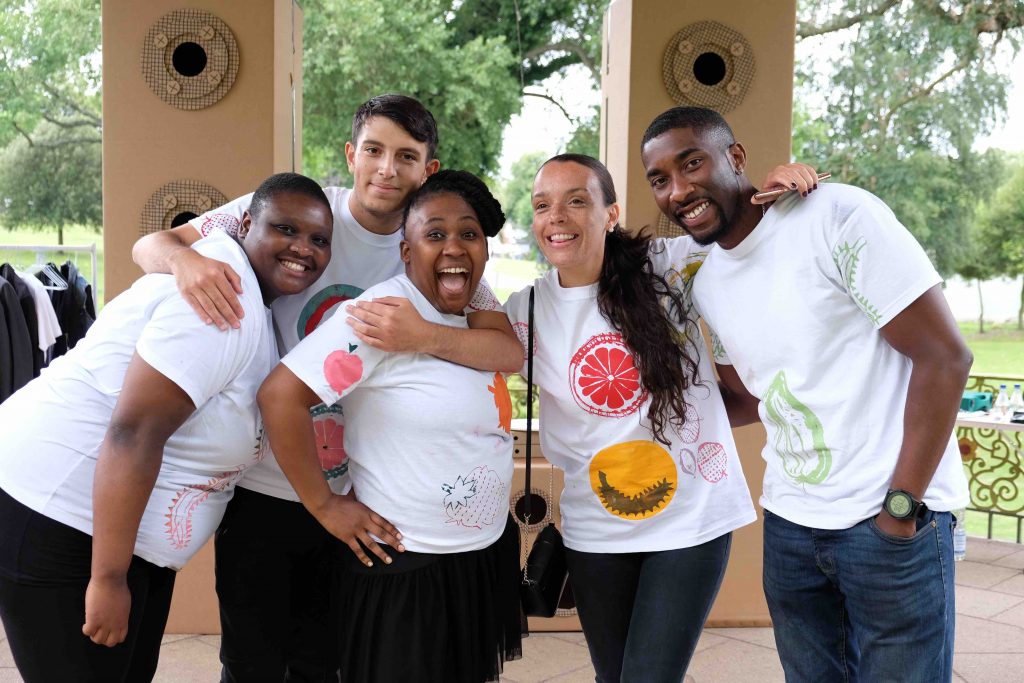 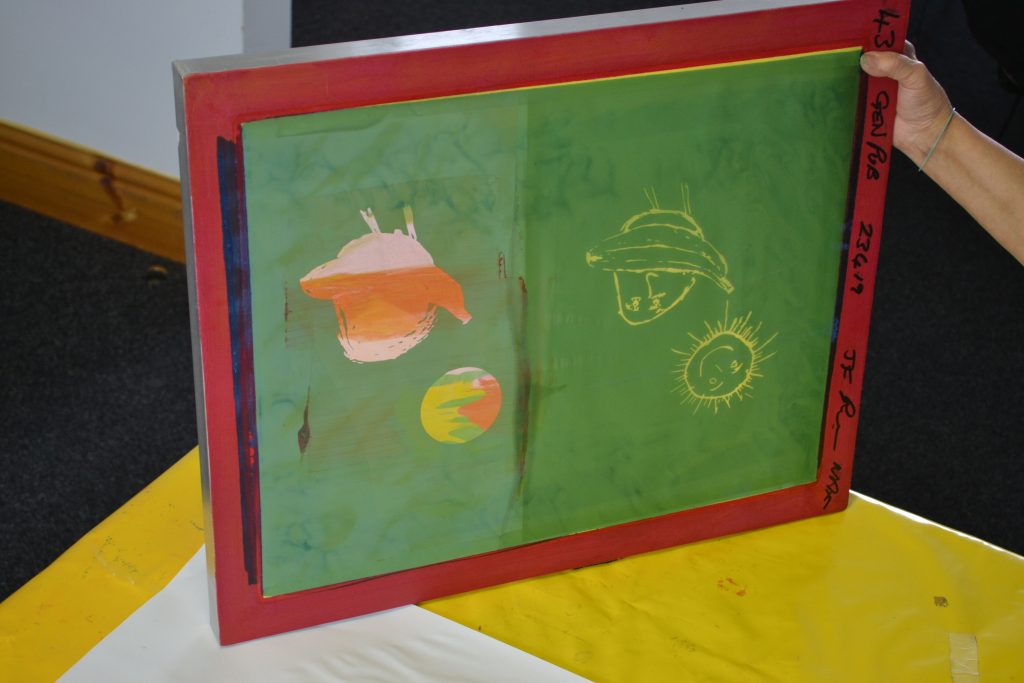 Silk screenprinting with the Ashiana Centre. 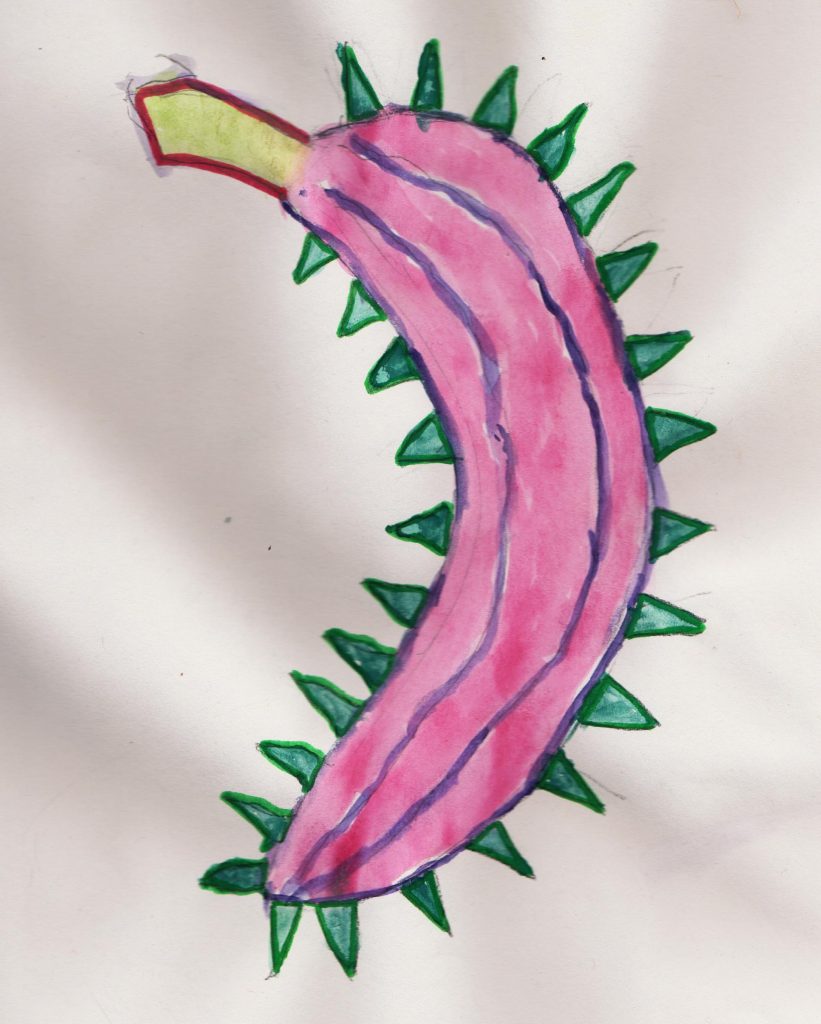 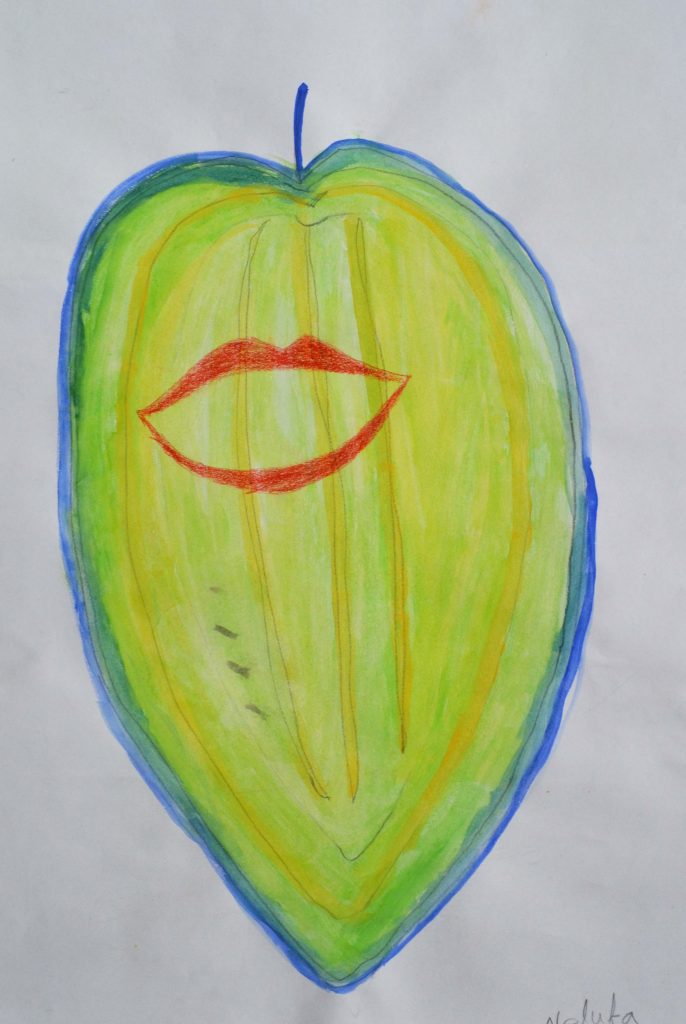 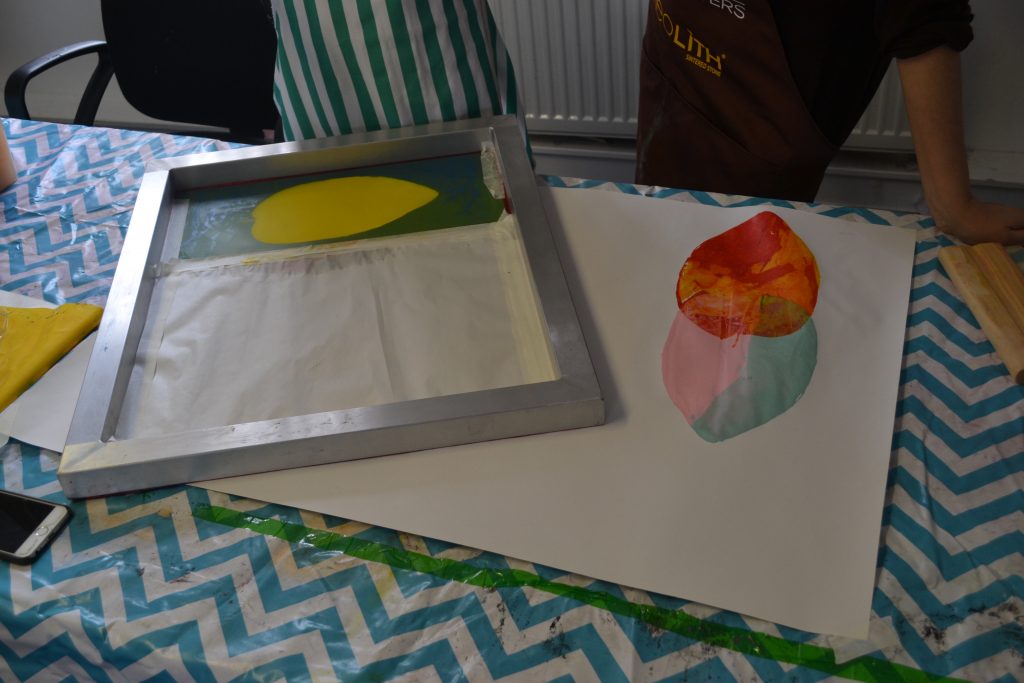 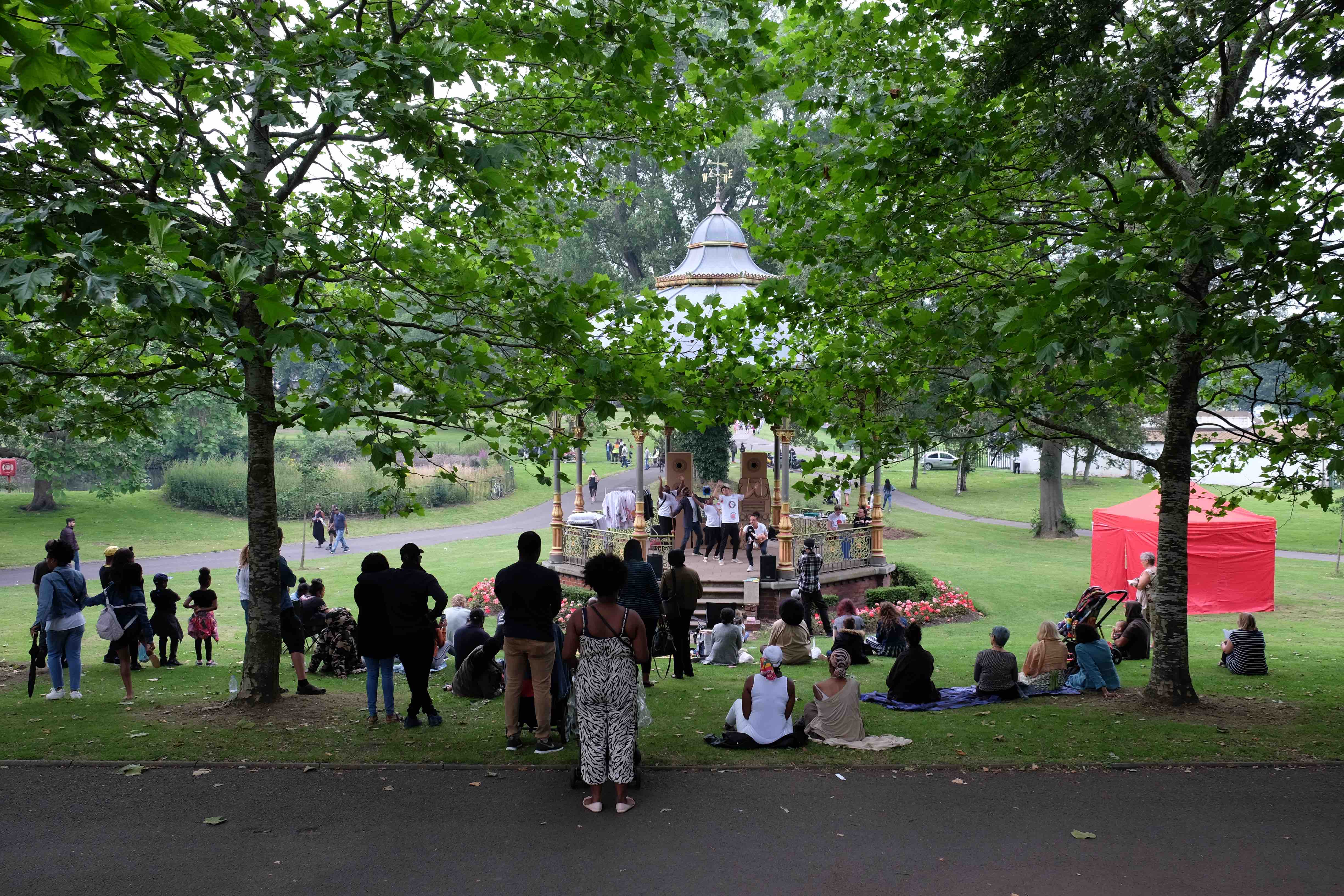 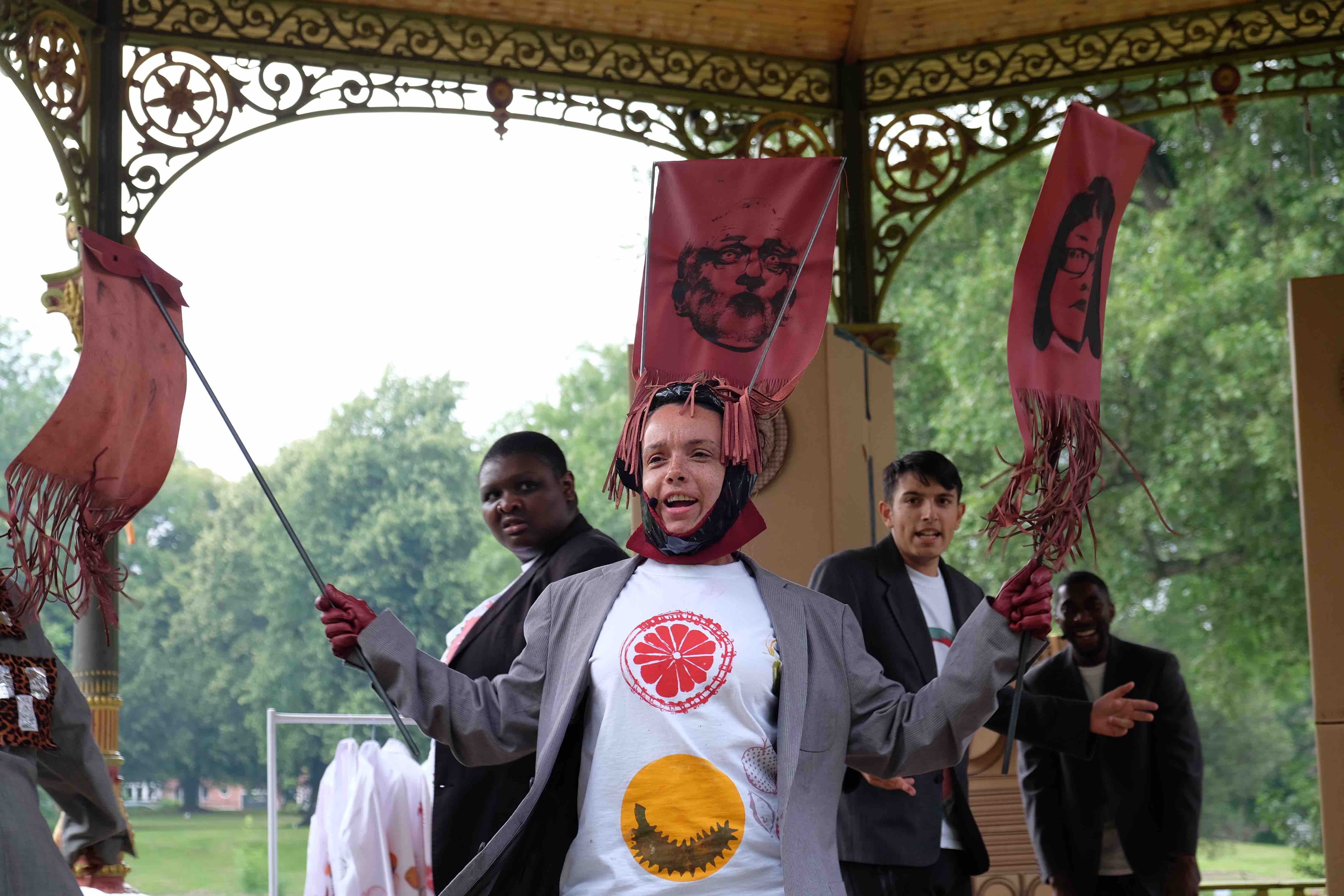 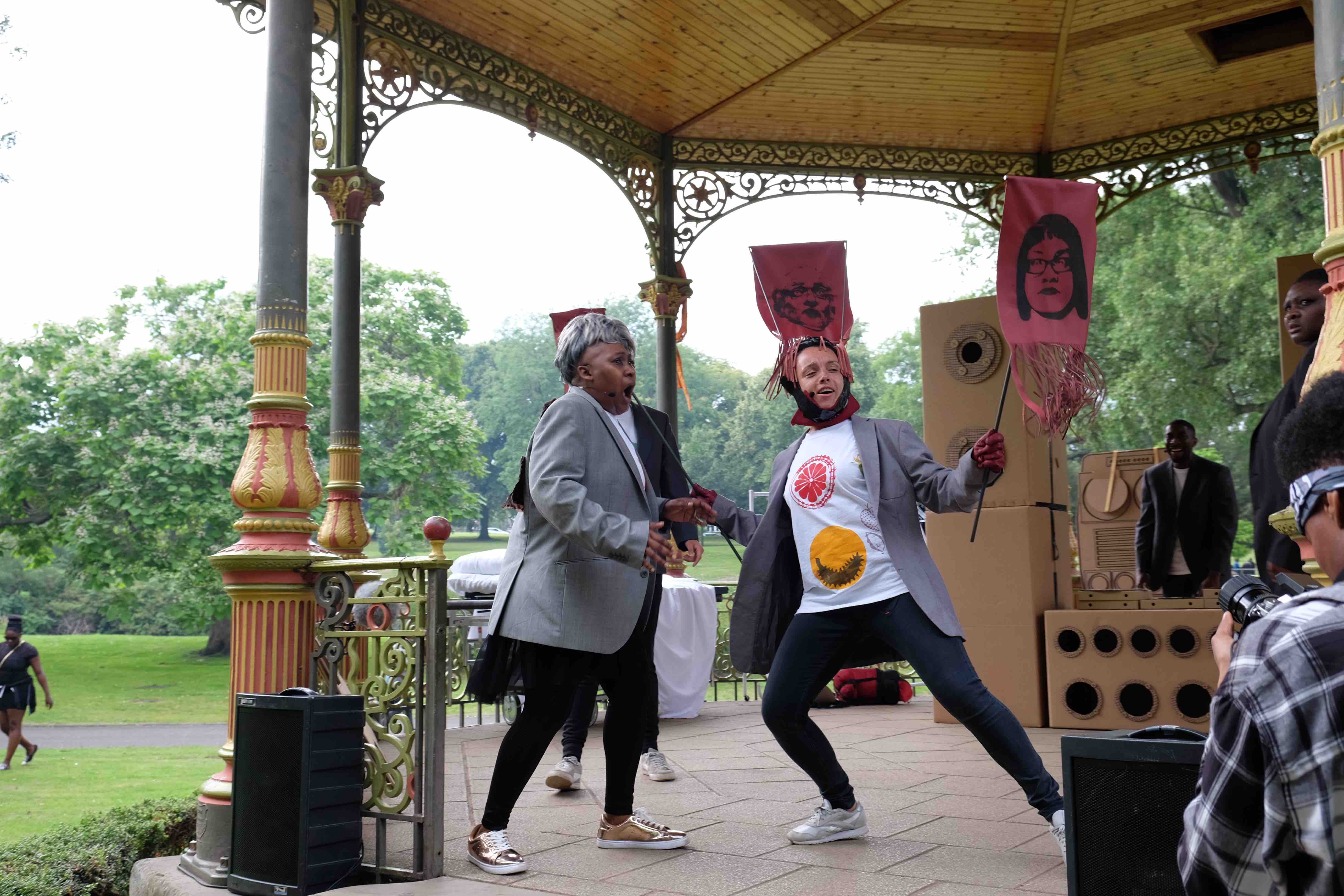 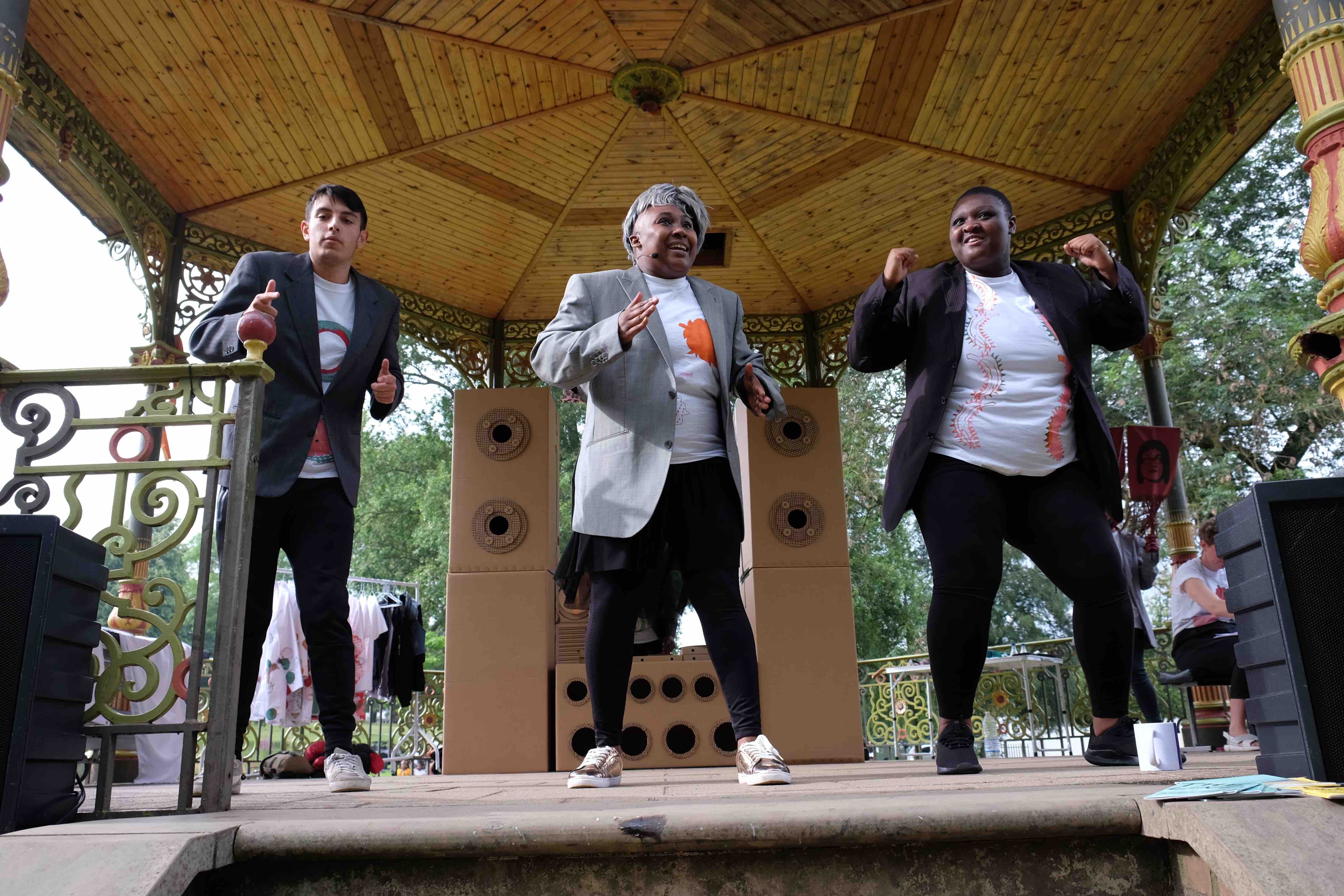 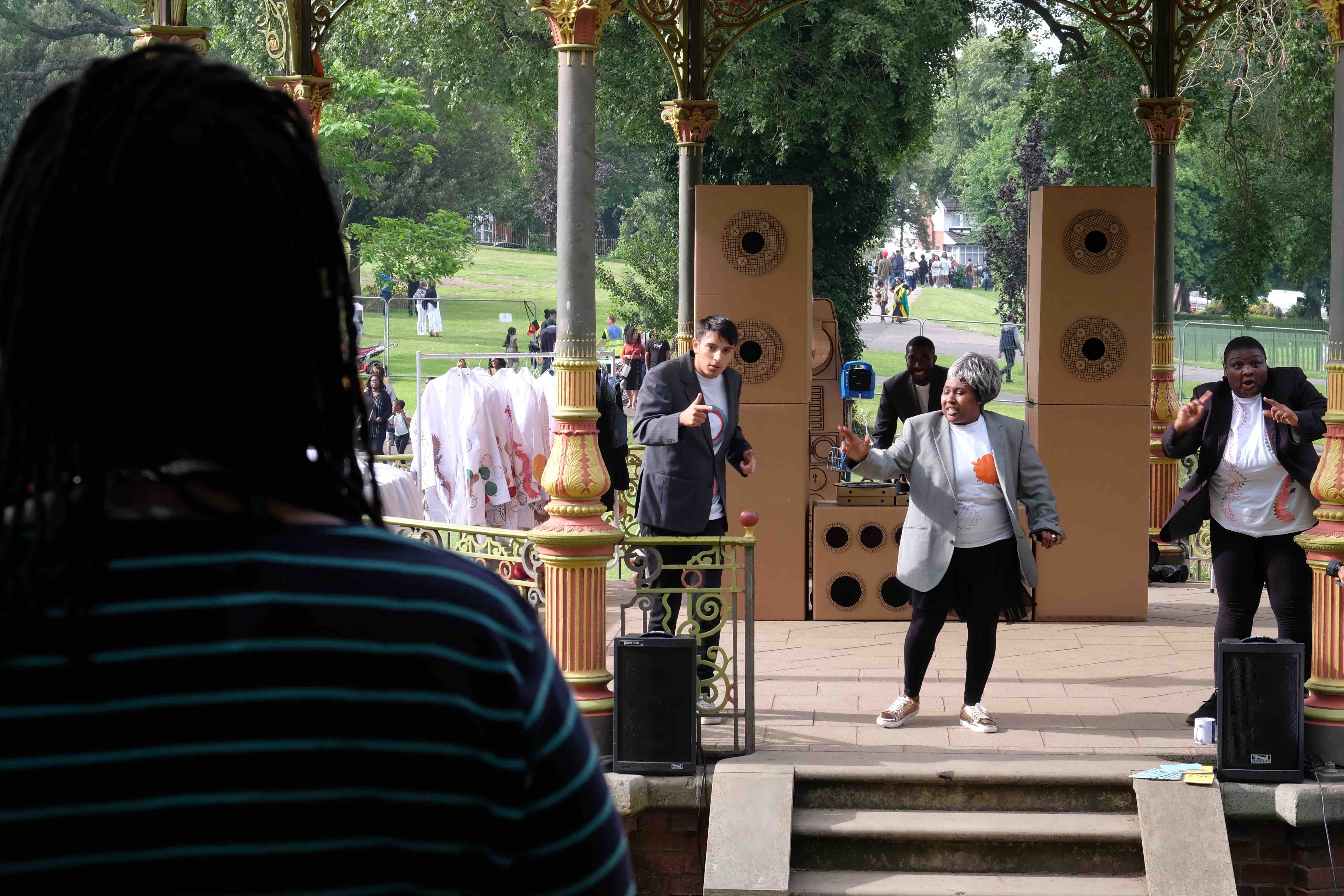 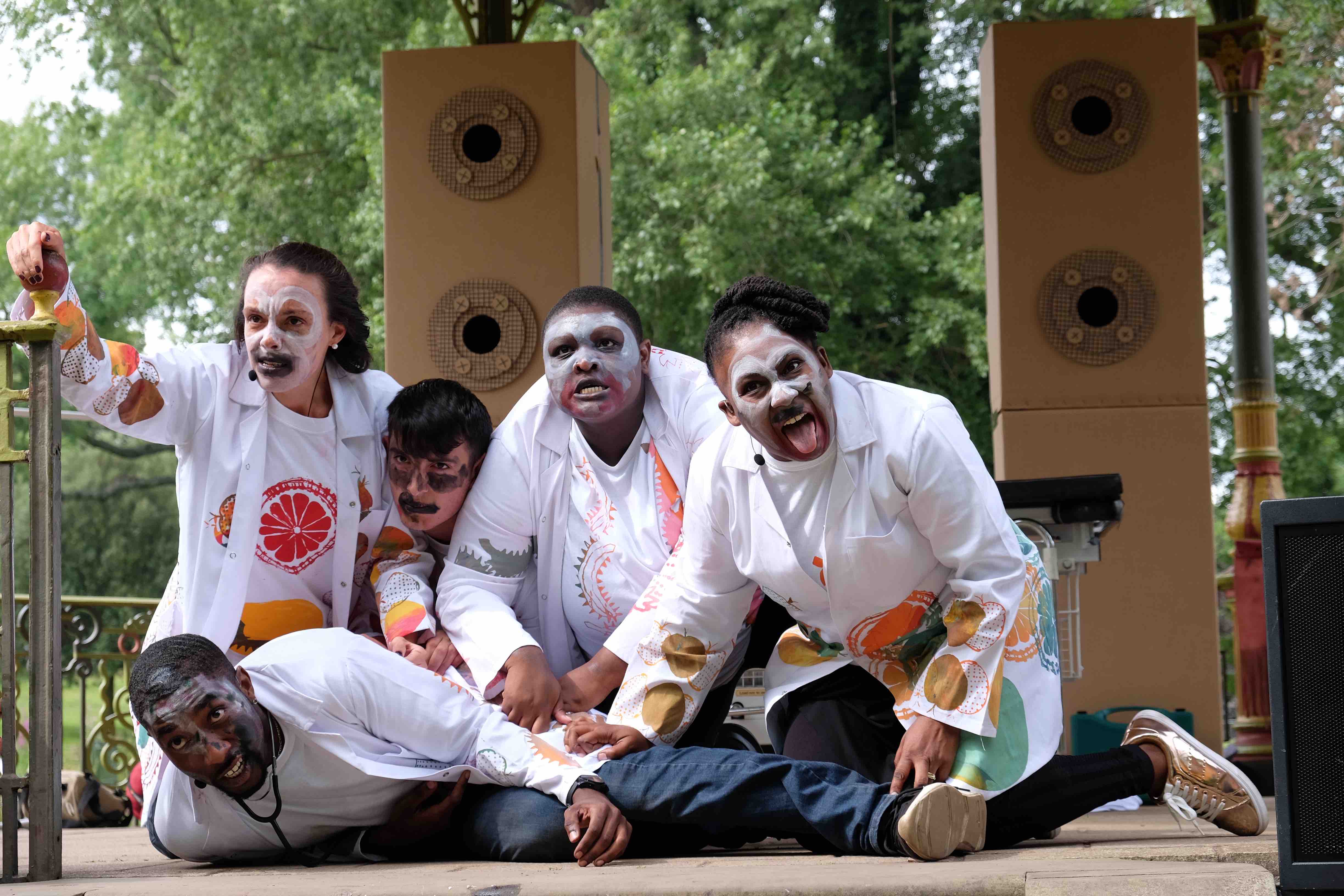 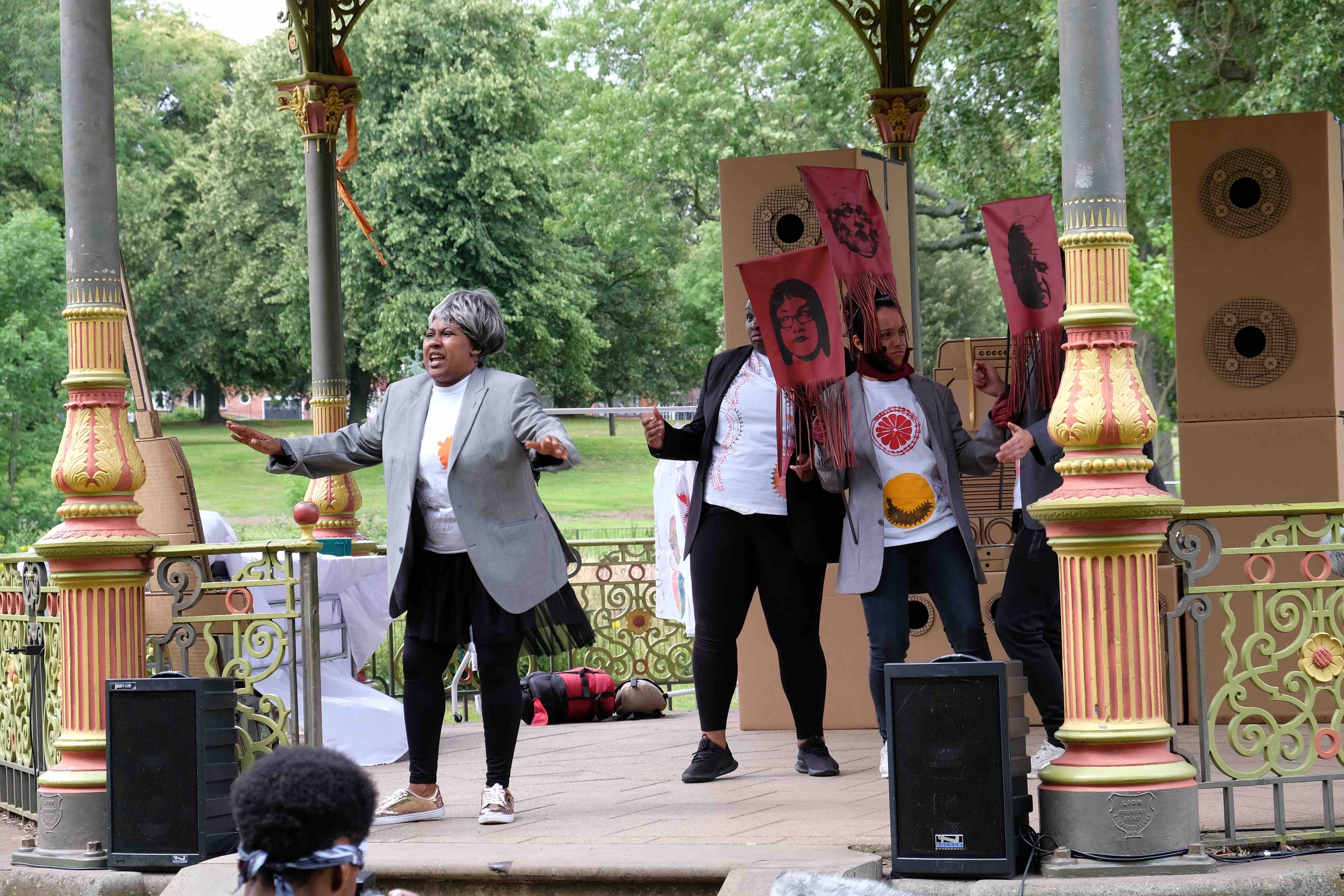 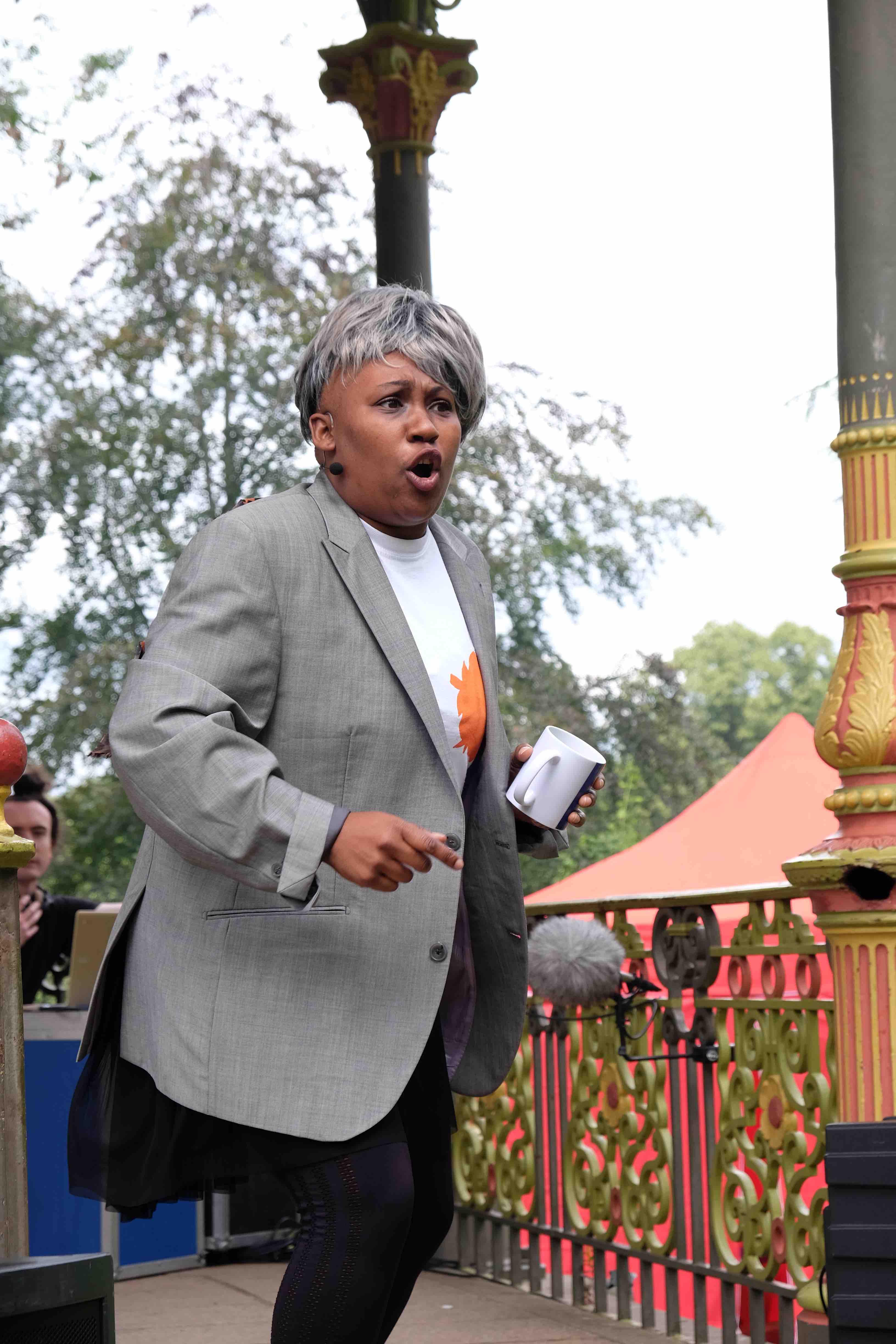 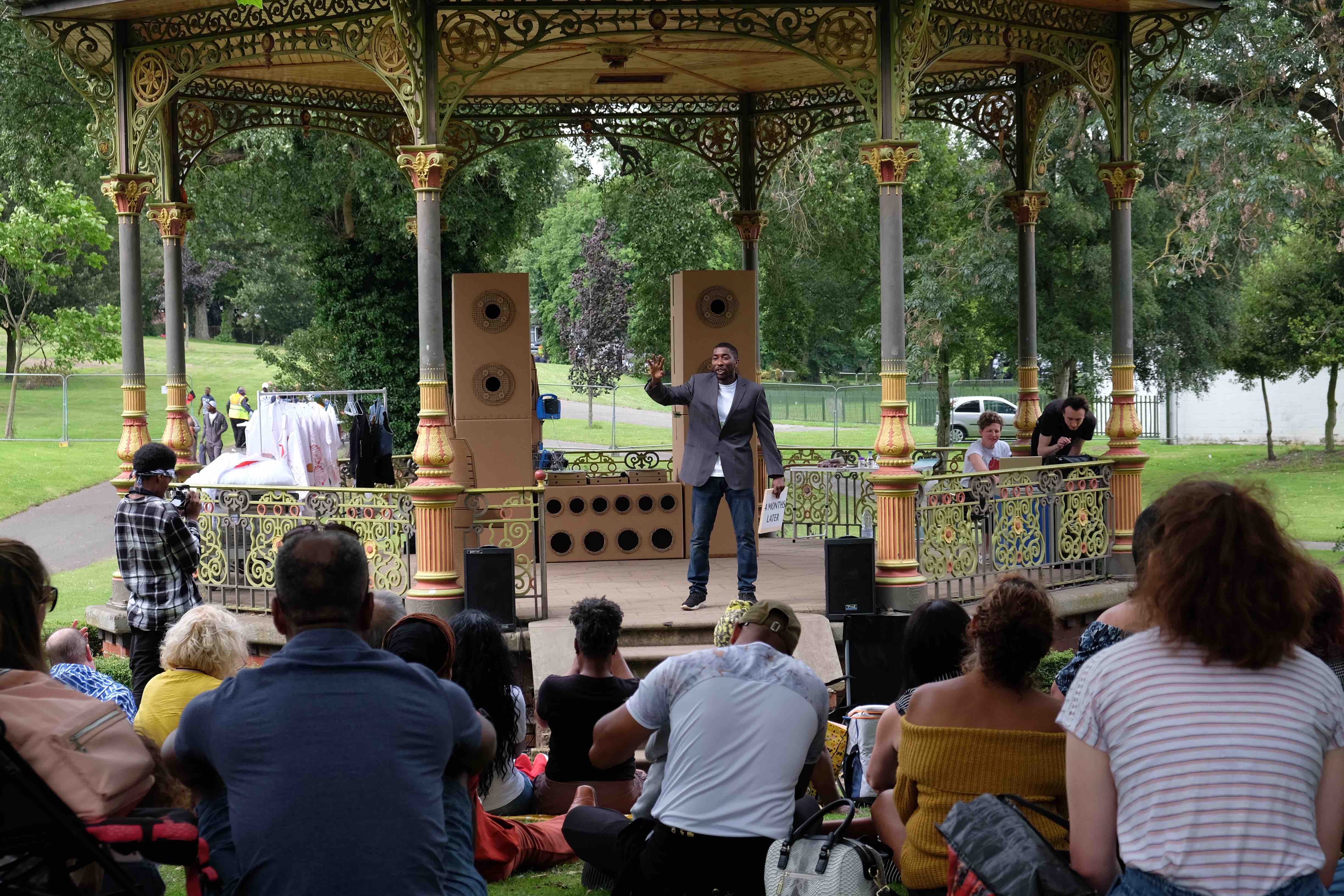