Do you have memories of playing at adventure playgrounds in
Birmingham between the 1960s & 1980s?

We have secured funding from the Heritage Lottery Foundation to explore the history of the Adventure Playground movement in Birmingham, specifically to explore two lost or ‘ghost’ adventure playground sites that emerged in the post-war period (Balsall Heath & Sparkbrook) and one contemporary site (Meriden, Chelmsley Wood).* We will be working with young people in close proximity to the playground sites to set up three ‘junior researcher’ groups who will undertake oral history training, conduct interviews with people connected to the playgrounds and help to promote a call out for archive material relating to the wider adventure playground movement in Birmingham.

*Balsall Heath & Sparkbrook Adventure Playgrounds are historical sites that emerged in the late 1960s. These were temporary ‘junk playgrounds’ set-up on patches of urban waste-land designed to offer city children access to outdoor play. Set-up by local playworkers and local people, these sites were stocked with ‘loose parts’ of discarded wood, abandoned building materials and other detritus as children were encouraged to construct their own play environments. 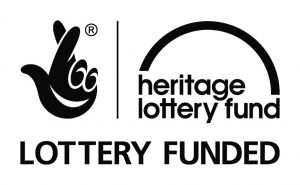 Audio clips from interview with Ray Wills who helped to set up Balsall Heath Adventure playground.